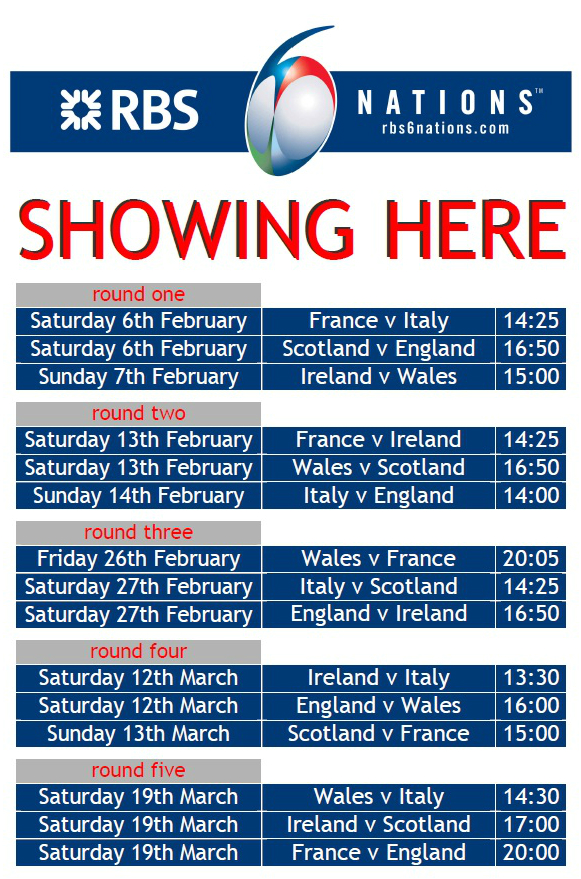 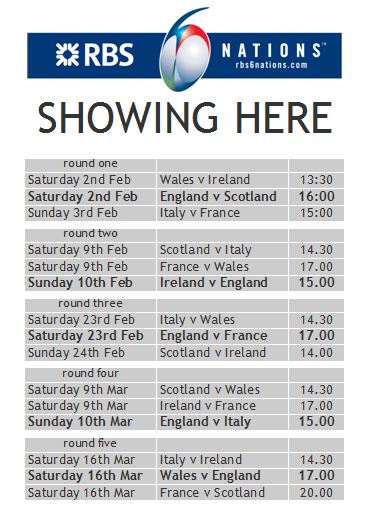 We’ll be showing the England games here at The Exhibition for the 2012 RBS six nations. 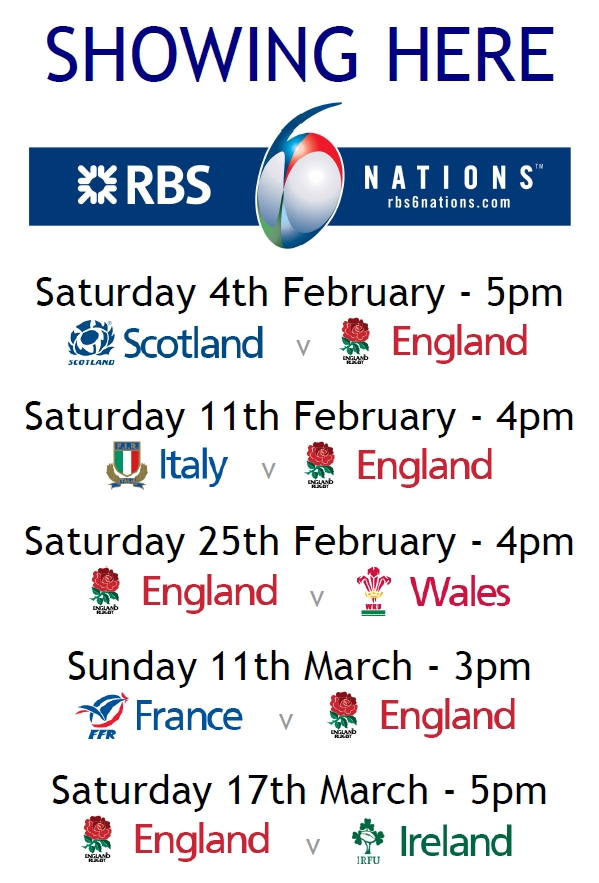 You can watch the final of the 2011 Rugby World Cup right here on Sunday morning. We’ll open at 8am, kick off is at 9am and we’ll make some bacon rolls for have time.

The Exhibition in Godmanchester will be showing the England quarter final on either Saturday the 8th or Sunday the 9th of October. We will open at 8am, kick off is at 8:30am and bacon rolls will be available at half time.

The rugby world cup semi finals are both being shown in the hope that England are in one of them. They will be on Saturday 15th and Sunday 16th of October. Kick off is at 9am but our bar will open at 8am. Again bacon rolls will be available at half time.

The 2011 Rugby World Cup final will be held at 9am on Sunday 23rd October. We’ll open at 8am and again we’ll have bacon rolls available at half time.

So England have booked an early flight home.

We’ll still be showing the semi’s and the final so if you are a rugby fan, you’re Welsh, French or you just fancy a pint at 8am come and join us!