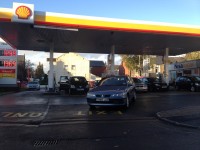 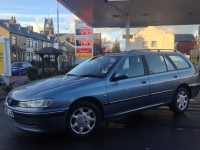 28th November 2013
We have had our first donations to Macmillan Cancer Support!
Thank you very much. www.justgiving.com/tallinn

2nd January 2014
Not long to go now, I’d like to say that the final preparations are now underway but we are not that organised!

4th January 2014
Huntingdon Performance Tyres in Godmanchester are kindly fitting our winter tyres to the Peugeot today. All the posts to this page whilst we are away will be done from a phone with no spell check so our apolgies now for spelling errors.

6th January 2014 – 5am
We are off, the Taxi has departed for Tallinn, the meter is running…
Paul is at the wheel with his new driving glasses on, Graham is asleep in the back and we’ve got 5 hours to get to the channel tunnel. 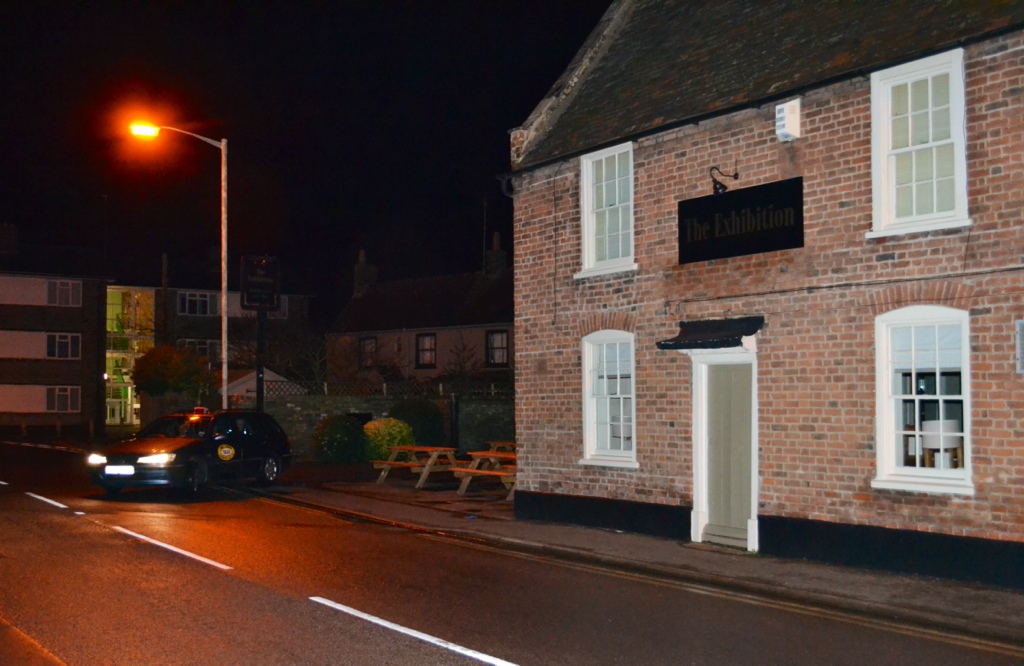 6th January – 10am
We’ve made it to the channel tunnel! 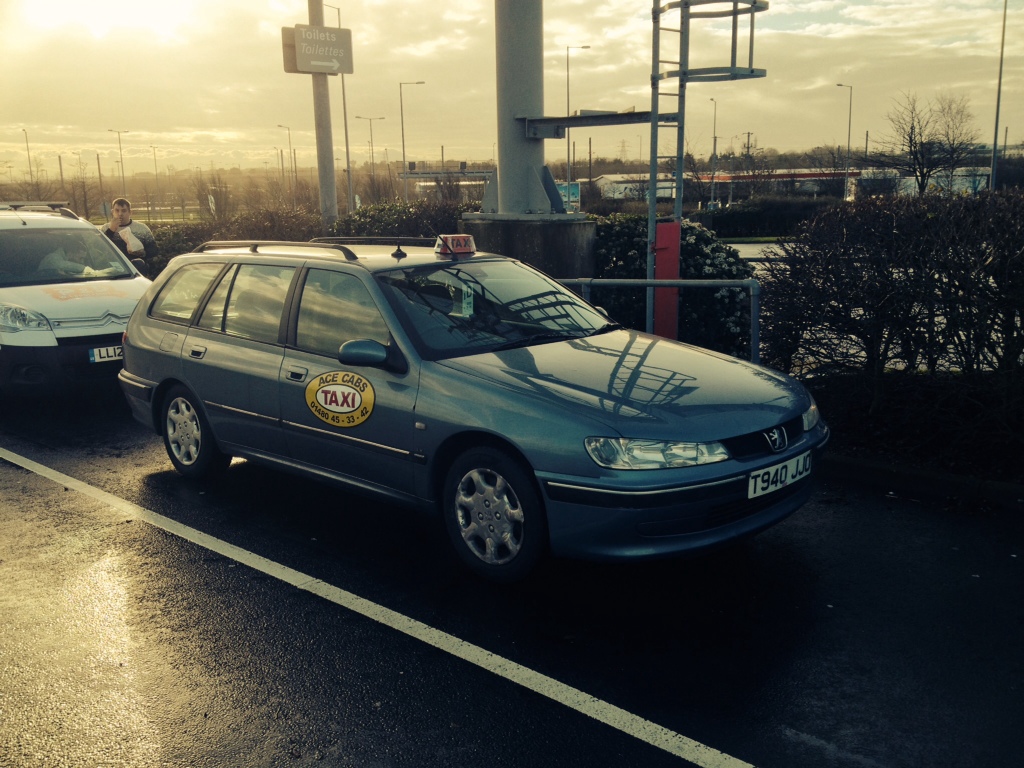 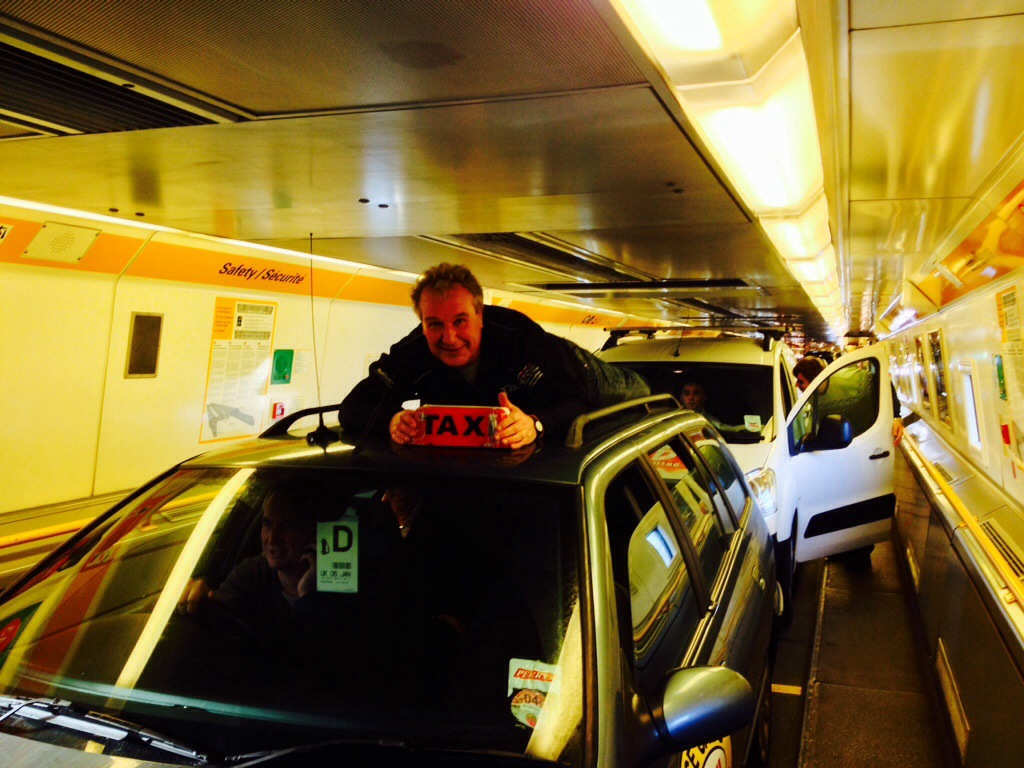 6th January – 3pm
So all is good, we have been through France, into Belgium and we are now in Holland heading towards the German border.

6th January – 4:30pm
Stuck in a German traffic jam and the car is overheating a bit and it’s getting dark. Could be a long way to Berlin.

6th January – 10pm
German autobahns are the best roads in the world, sadly we are in a 15 year old car that only had 90bhp when it left the factory. Still we have arrived in Berlin and rather than drive straight past and onto Warsaw we decided we’d have a nose around.

7th January – very early
After seeing the remaining section of the Berlin Wall and a quick chat with the local constabulary we headed back onto the Autobahn and into Poland. We have now arrived in Warsaw, it’s cold and nowhere is open yet! 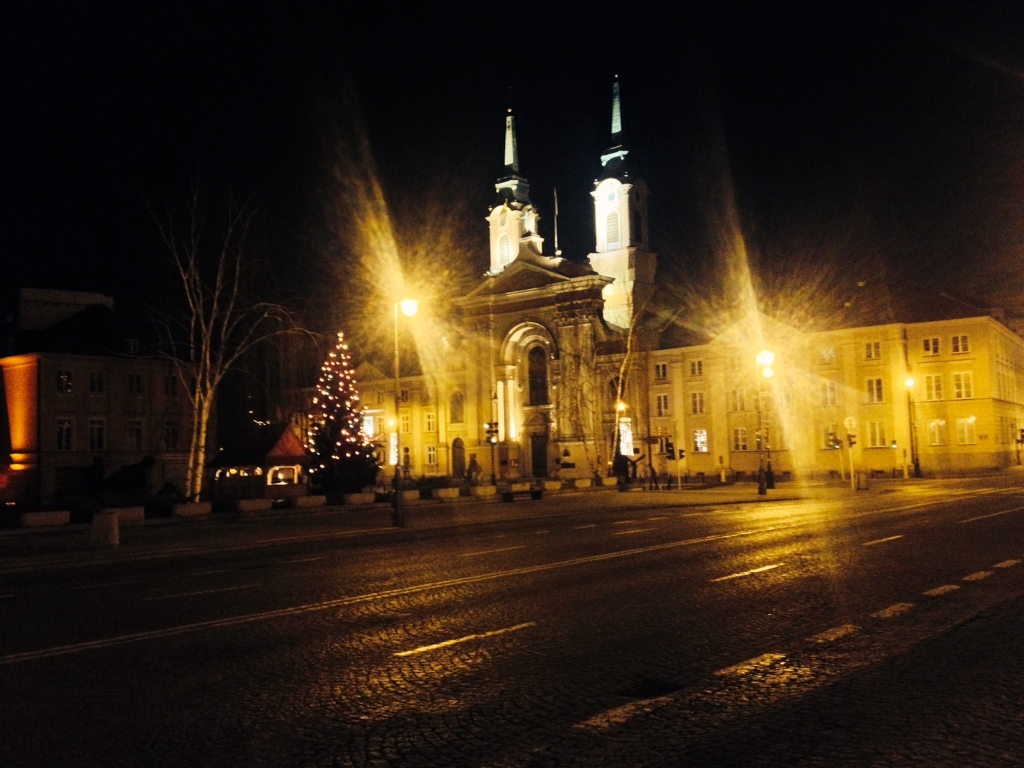 Another quick stop at one of these and we are off to Lithuania for a well earned beer! 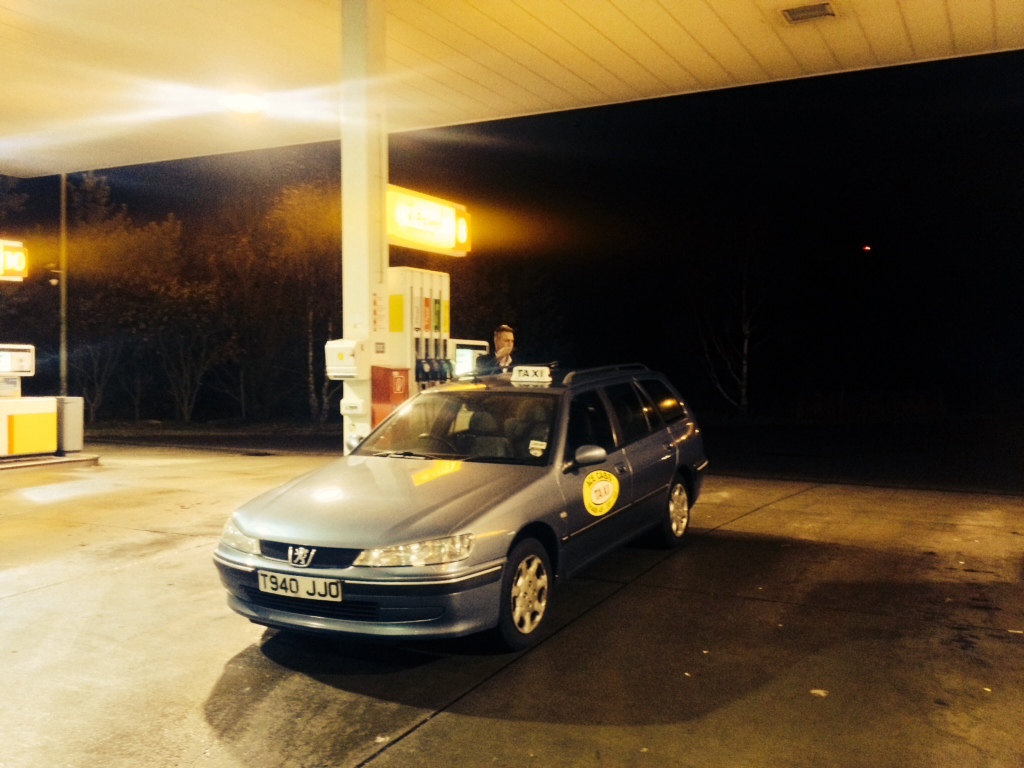 7th January – 4:30pm
What a day… Started nicely with a very cold wander around Warsaw but just before we thought we were crossing the border into Lithuania we were pulled over for speeding and had to do a “deal” with the Polish police, all helped by the fact that Paul didn’t bring his driving license or the car documents! 100 Zlotti’s later we found that we were at the border with Belarus and had to turn around anyway!

It’s been a very long day, we are now 200km from Latvia and need sleep. We’ve driven 1523 miles almost non stop since Monday. This does not feel like a jolly!

Thanks to everyone who has kindly donated to Macmillan on www.justgiving.com/Tallinn

Wednesday 8th – 1pm
Nearly in Latvia but we’ve just found out the spare tyre is nearly as flat as the one we need to change! 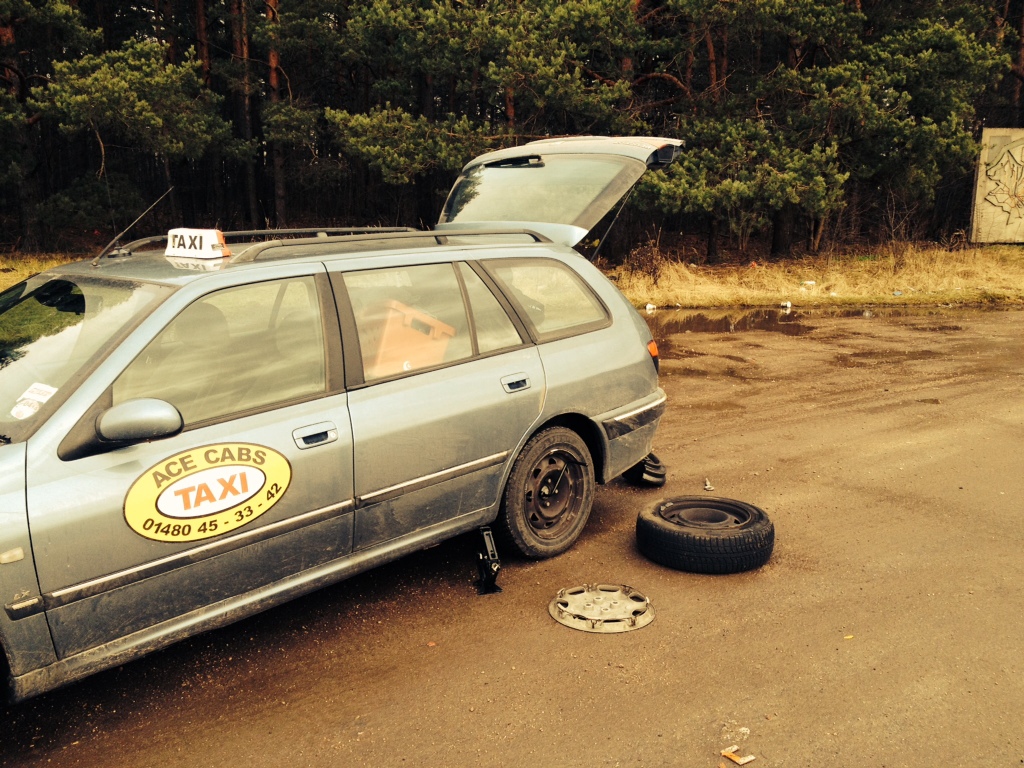 Wednesday 8th – 4pm
Made it to Riga, nearly had a collision with a tram, parked in the middle of a market and scared some pedestrians but we are here. Parked up now, booked into a very dodgy hotel and off to see what the city has to offer. 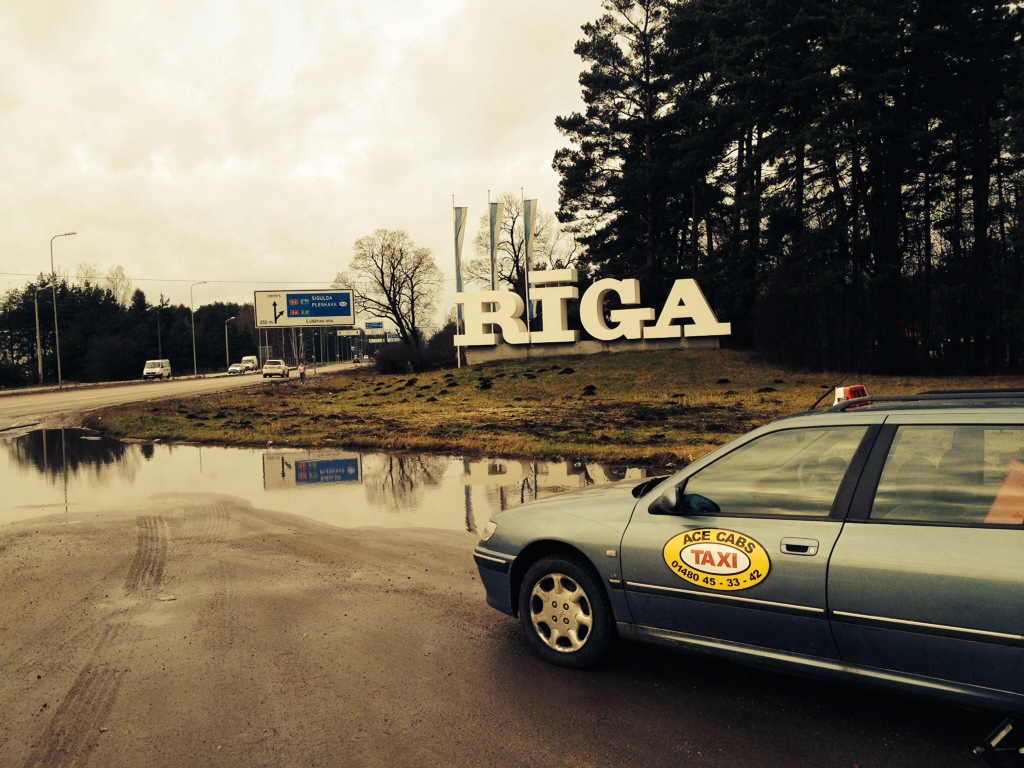 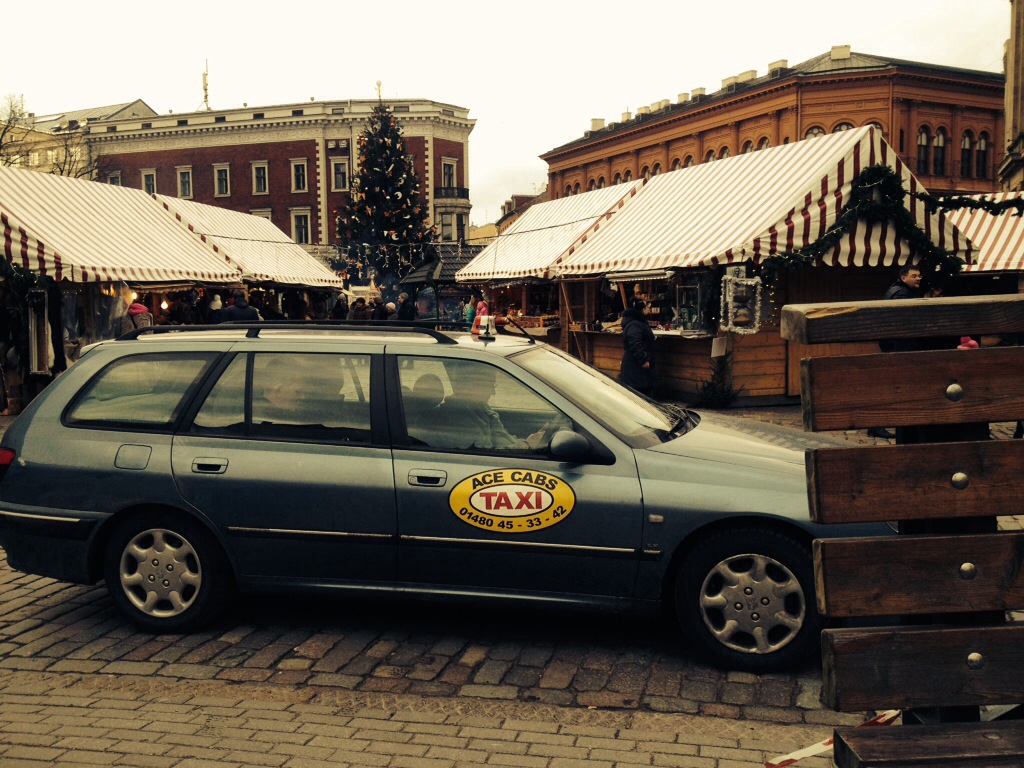 Thursday 9th January – 2pm
We had a quiet night in Riga and set off this morning for our final leg up to Tallinn. We are already €40 down after another run in with the police but should be in Tallinn by 5pm. Last night we met our taxis Latvian brother. 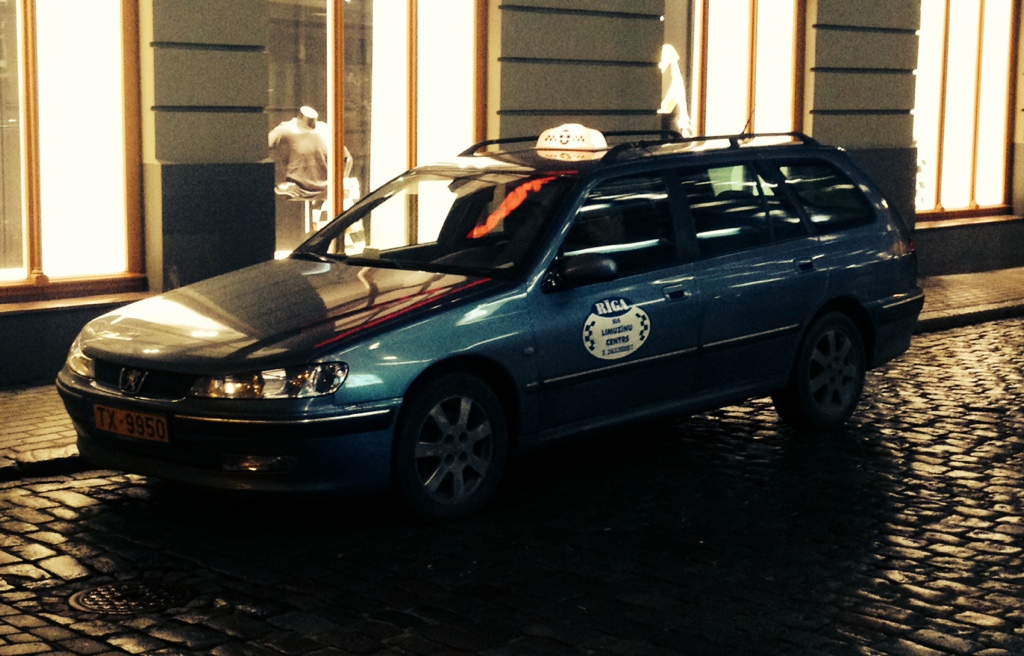 Thursday 9th – 5:30pm
We have arrived! We are here in the centre of Tallinn – time for a celebratory beer!
Thanks to everyone for your support, we have raised a huge amount of money for Macmillan. We have driven that poor car over 1900 miles in four days, she managed 100mph on a downhill stretch of autobahn and was pulled over by the police three times!
It’s too dark now to take any photos so we’ll take some in the morning. 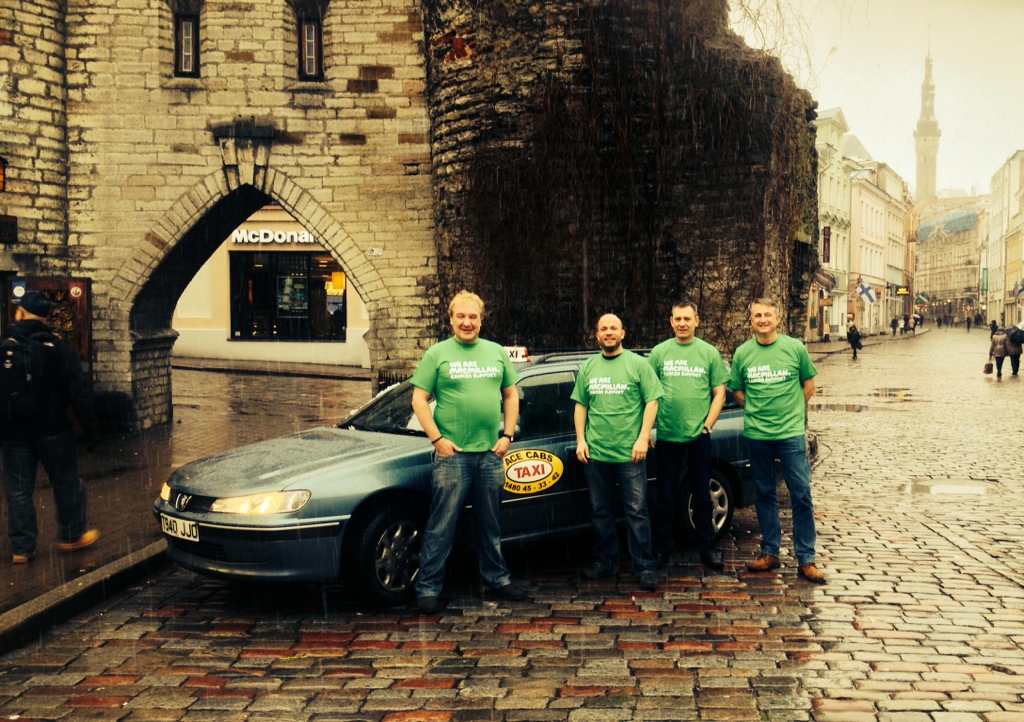 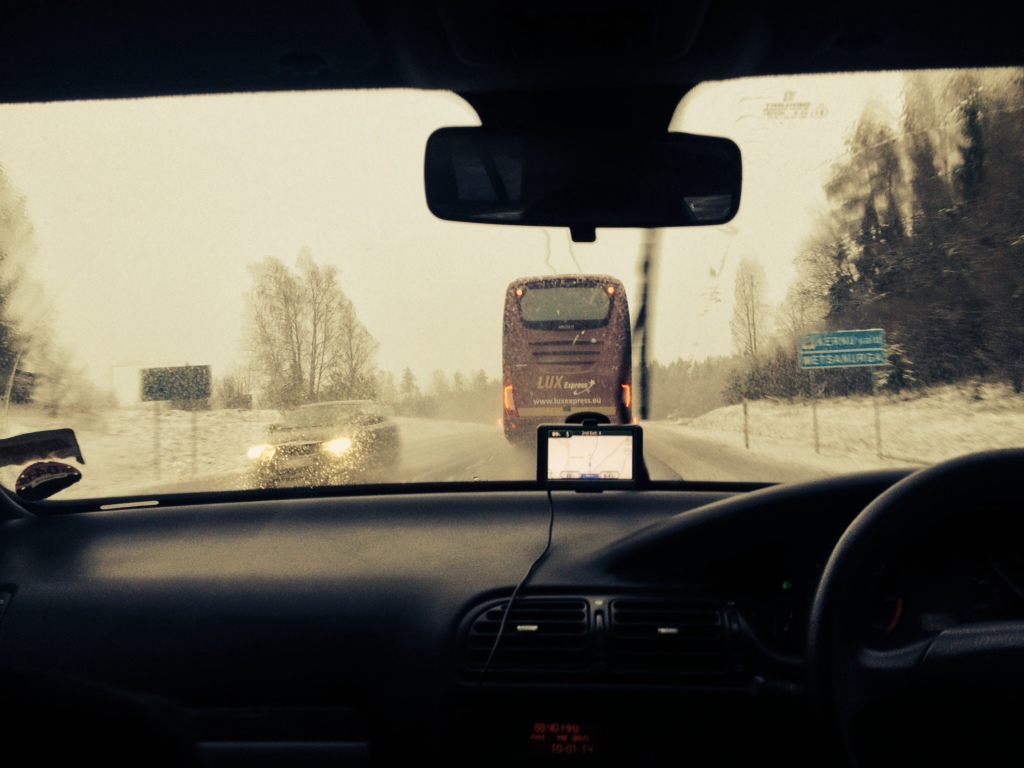 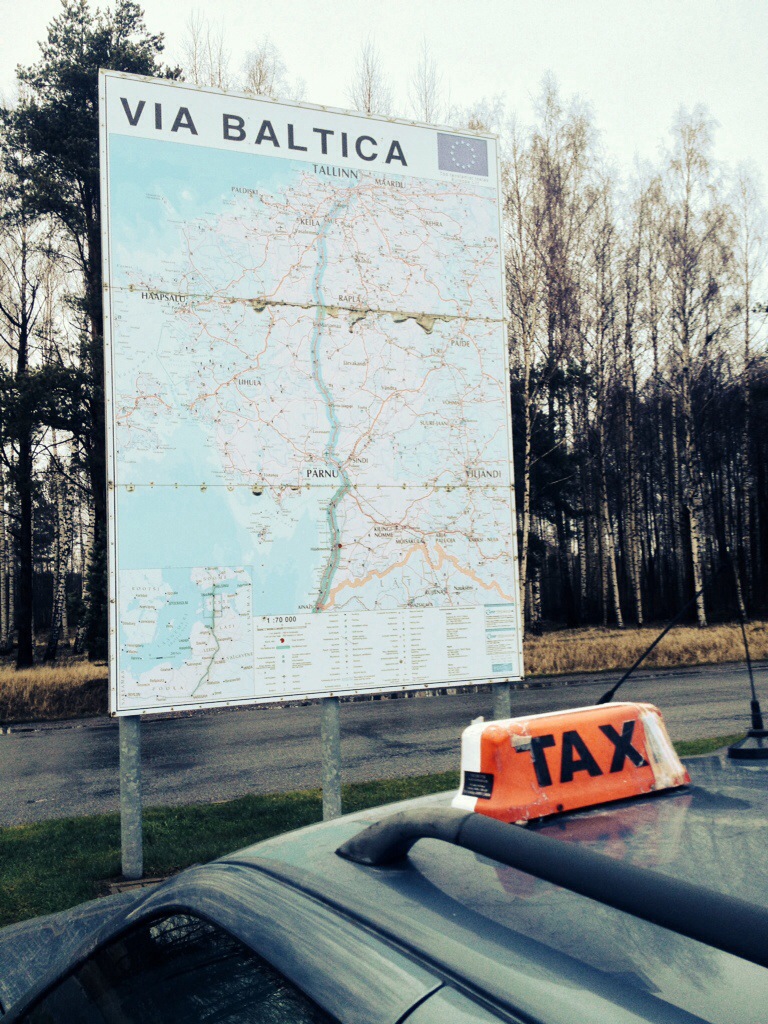 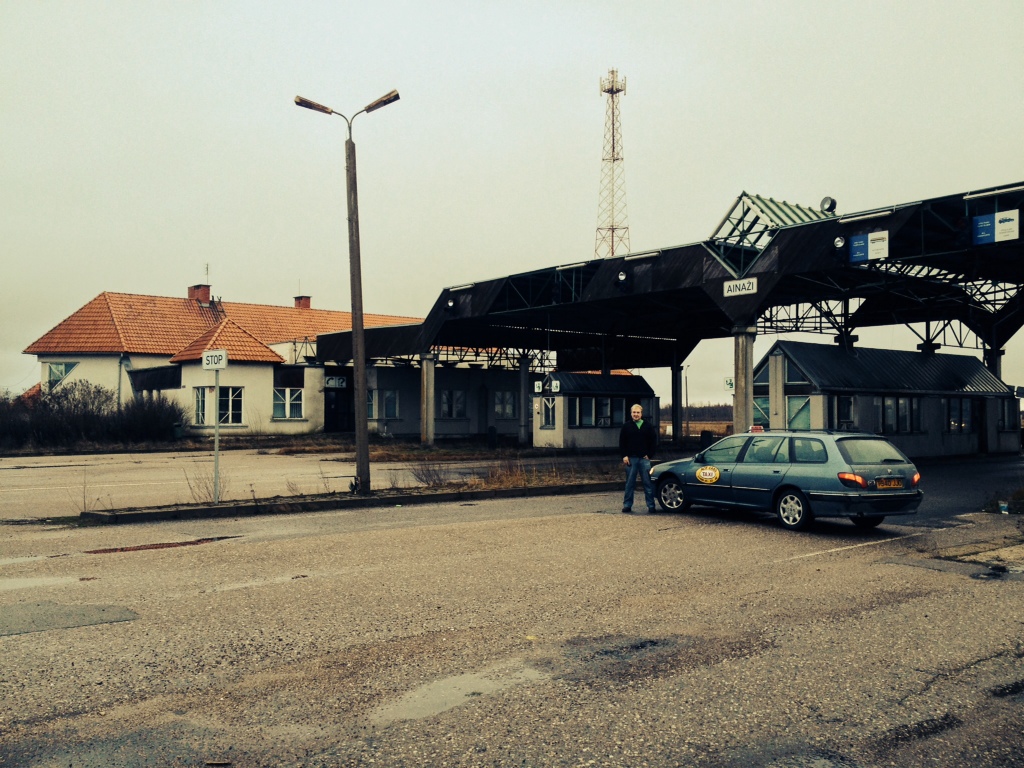 Sunday is cheque presentation time,
A worthwhile cause for a Friday rhyme.
Macmillan Cancer Support will be here,
Join us around three to raise a cheer.

We’ve all worked hard to raise lots of cash,
I’ll be glad when I loose this moustache.
We’ve had coffee mornings and had to eat cake,
Amazing what you do for charity’s sake.

Bacardi Dave even shaved his head,
He looks better with hair it must be said.
Horse racing proved to be a money spinner,
I bet all night but couldn’t pick a winner.

The Fun Run this year raised loads of money,
The Leprechaun and Clown race was very funny.
Solanki Opticians ran and got people to donate,
To raise over five hundred pounds is truly great.

Mick draws the meat raffle Sunday at two,
Then presents vouchers to a lucky few.
Half marathons, rowing and golfing days,
We manage to raise funds in so many ways.

Macmillan will put it to good use we’re sure,
We’ll be back next year to raise even more.
If you’ve given us time, money and taken part,
Thank you very much from the bottom of our heart. 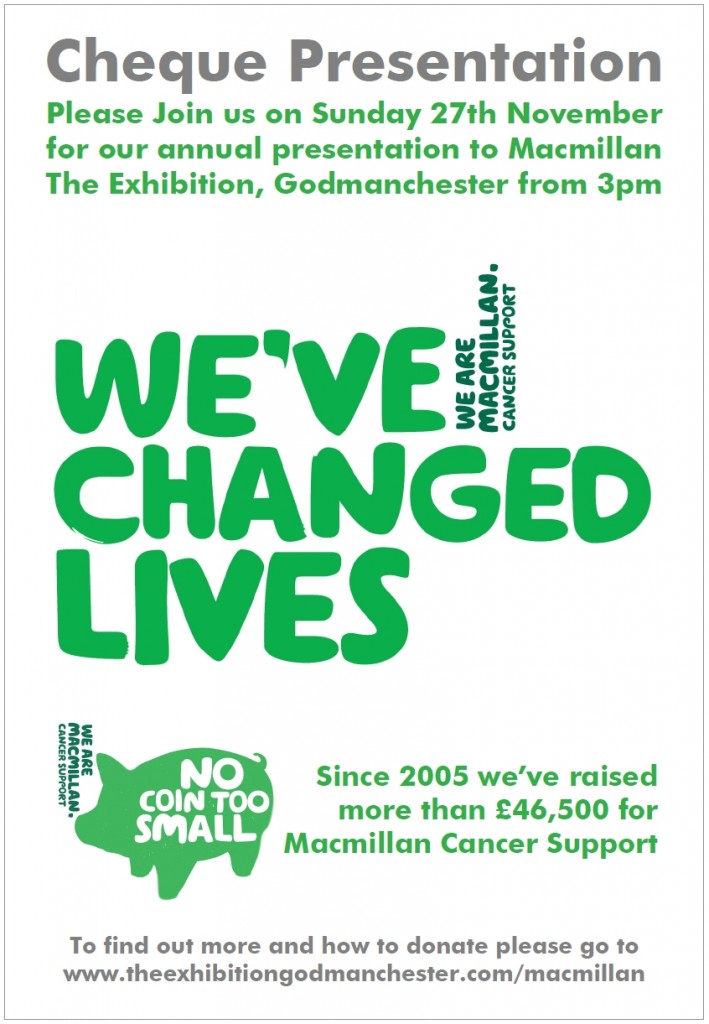 In conjuction with the members of The Exhibition Golf Society we hold regular events and support our locals to raise money for Macmillan Cancer Support. 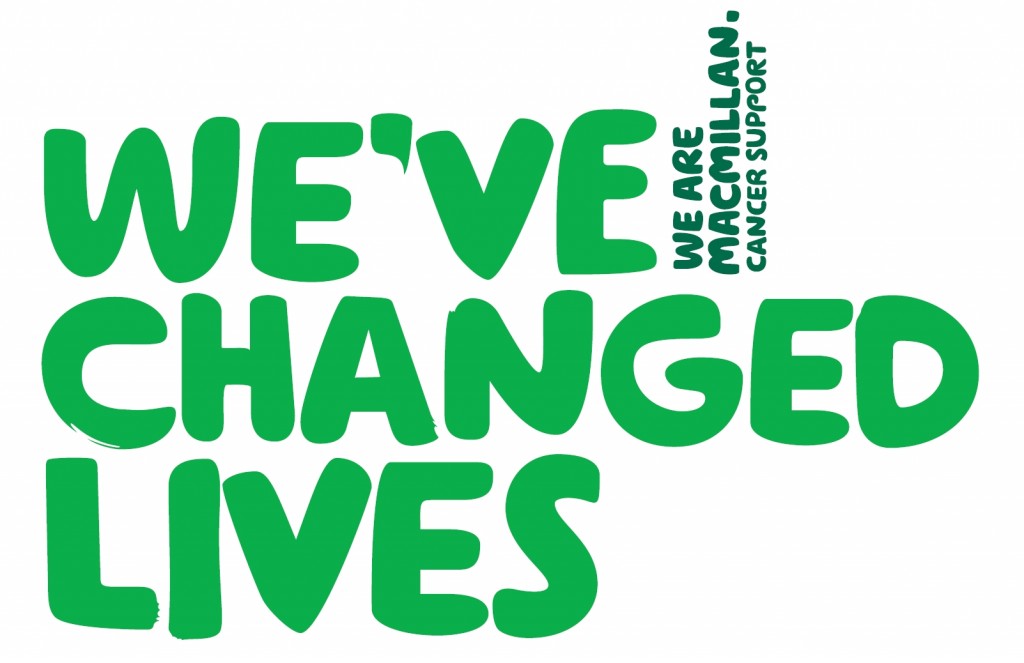 Several locals at The Exhibition, including our bar manager, Simon are taking part in Movember. This moustache growing charity event will be taking place from November 1st until our Macmillan cheque presentation day on Sunday the 27th.

To support the guys and Macmillan you can text THEX99 £2 to 70070 or log onto www.justgiving.com/movemberexhibition 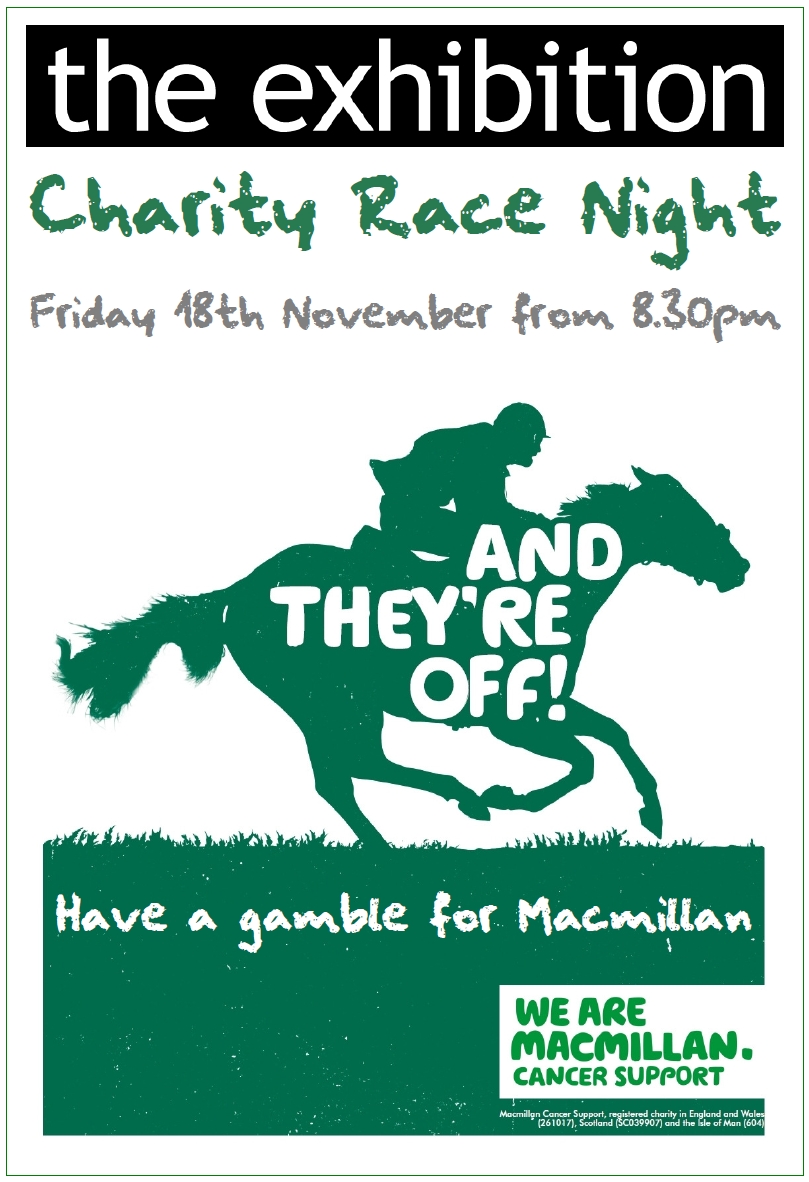